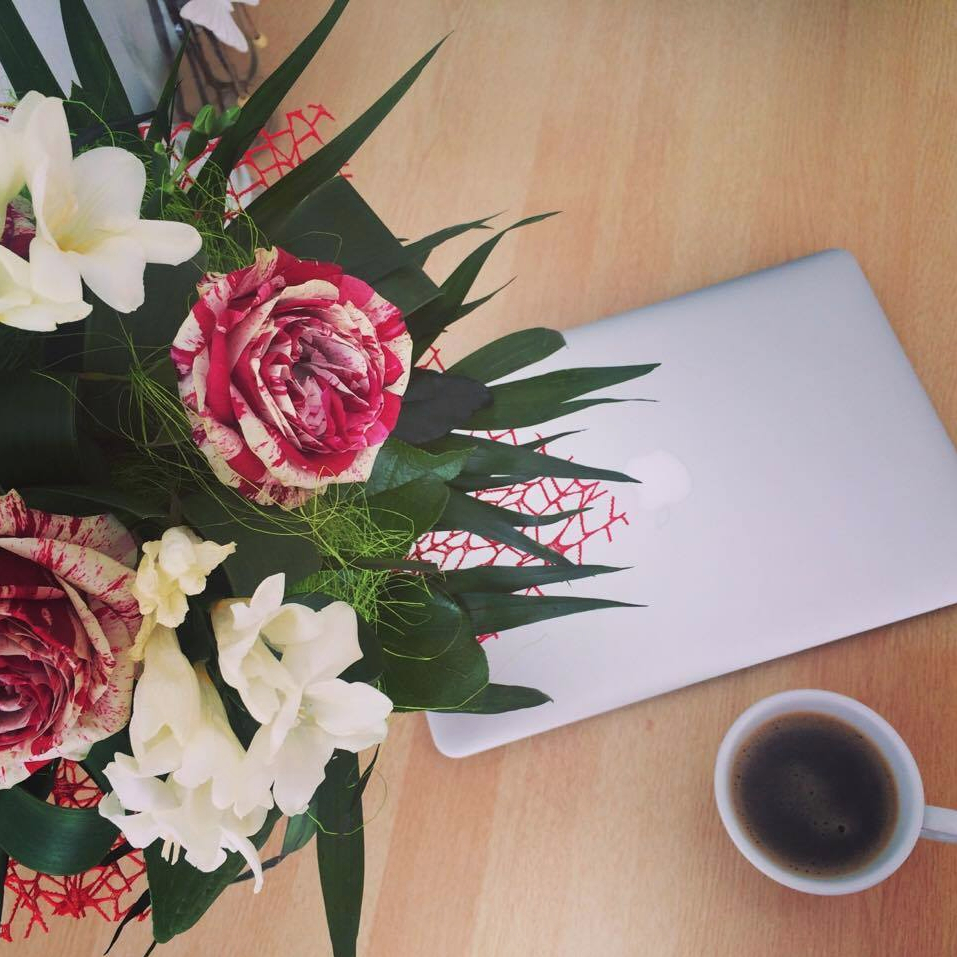 If you have a Netflix account, and by now I think most of us do, I think you already saw the movie ad, but you will (or will not) be surprised to hear that it’s based on a book written by Jenny Han, first in a series of three. Since I actually liked the first book I decided that it will have an entire post written for it, so let’s get started.

Lara Jean is a sixteen-year-old girl, with Korean origins that lives in Virginia. She has a unique way of coping with love, every time she falls for a boy she writes him a letter expressing all of her feelings, surely she never sends them and keeps them in a box in her closet. There are 5 letters in total, one is for her now sister’s boyfriend Josh, one for an old friend who happens to be the pretty boy from the school Peter, and 3 others that are addressed to a now gay guy, and 2 middle school colleagues.

Before leaving for college in Scotland, her sister Margot dumps Josh, since she says that doesn’t want to be the girl crying for her long-distance relationship, and soon Lara Jean is once again facing her feelings for her sister’s ex-boyfriend as he is still present around her and her younger sister Kitty even after’s Margot’s departure.

One day at school Peter Kavinsky approaches Lara Jean and tells her he is honored by her letter but doesn’t feel the same way. At first, she is confused by the remark, but soon after realizes that he is holding the letter that she wrote to him a while back. Furthermore, she finds out that all 5 letters were sent, including the one addressed to Josh. From the desired to cover up the story that she is still in love with him, Lara Jane decides to kiss Peter and also start a fake relationship with him, since he also wants to make his ex-girlfriend jealous.

You can imagine that this will lead to all sorts of trouble and complications, one of them being the fact that Josh confessed that he first liked Lara and not Margot and even ends with them sharing a kiss. Also, the saying fake it, ’till you make it will turn out to be true for Lara and Peter.

There are indeed a couple of areas where things could have been better, like the fact that there is no real girl friendship pictured, just shallow relations between them and a lot of jealousy ( I am excluding the sisterhood bound), also the fact that Lara Jane is somehow going after her sister’s boyfriend (that is a bit odd, but let’s face it not really so out of the ordinary).

I will try not to spoil the ending of the book since I encourage you to read, it’s the perfect beach lecture that you can have. It’s not a great book, it will not stick with you, there is no lesson learned or any takeaway, a simple young adult book that can make you be glued to it for a few hours. Maybe my review is more positive than it should be since I read it after the awful After series (review can be found here) but somehow it was a guilty pleasure. Now I am planning to pour a glass of wine, open Netflix and play the movie. Curious about how you found the book? Did you read it/liked it/planning on reading it?

Traveler at heart, always looking for new places to explore and review. Book lover and leader with a strong voice, always dreamed about becoming a writer. Welcome to BitterSweet est. 2017.

Coffee time ☕️ . . . . . . . . . . #coffee #coffeeaddict #coffeephotography #coffeelover #coffetime #waitingforsummer #myaddiction
There is no way to get bored when you have pets 🐕❤️🥰 . . . . . . . . . . . #adoptdontshop #adoptadog #lifewithdogs #lifewithpets #alwaysfun #beaglepuppy
Quarantine made me bake it 😅🍕 . . . . . . . . . . . . . #quarantine #quaratinelife #quarantineandchill #pizza #homemadepizza #baking #inlovewithpizza
In days like these when all looks like panic and sadness, we need to go back to our happy memories and understand that the sun will rise again tomorrow and the storm will pass! 🏝☀️🌈 . . . . . . . . . #staypositive #sunafterrain #happyplace #takingastepback #enjoythelittlethings #remeberthehappytimes #dontlosehope #thesunwillshineonusagain
No such thing as getting tired of spending time with my little angel 🥰🐱 . . . . . . . . #lifewithcats #lifewithpets #carantine #stayindoors #staysafe #petsofinstagram #qualitytimewithpets #mylittleangel
Missing the sunrise and the freedom to travel, but in order to be able to get my life back I know I have to stay indoors and keep a social distance. I advise you to do the same, so that we can end this pandemic that took over our lives. . . . . . . . . . . . #wantmylifeback #wantmyfreedom #wanttotravelagain #letsstopcoronavirus #stayindoors #stayhome #stayhealthy #staypositive #weareinthistogether #sunrise #wanttoseethesunrise
Working from home can be a blessing when you have the right company. For the time being it’s safer to stop all traveling and stay safe! 😷 . . . . . . . . . . . #staysafe #workfromhome #bestcompany #lifewithpets #mykindofwork #letsstopcoronavirus #stayinside #dontpanic
Best experience ever, seeing the starfish up close and being able to briefly touch them was an one of a kind feeling. . . . . . . . . . #africa #zanzibar #travel #travelphotography #bestexperience #starfish #zanzibarisland #takemeback #wanderlust #inlovewithtravel #lostmyhearttotheocean
A place to remember 🏝 . . . . . . . . #zanzibar #islandlife #livingthedream #happyplace #africatrip #mytypeofplace #inlovewithzanzibar #nofilterneeded
When in Zanzibar 🏝 #zanzibarisland #therockzanzibar #summerinmarch #mytypeofplace
Tanzania and the amazing experience of seeing wild animals in their natural habitat. Perhaps the best feeling in the world. . . . . . . . . . . #africa #tanzania #safariintanzania #safariexperience #inlovewithnature #dreamcometrue #newadventures #tanzanianaturawonders
After more than 3 months of working 60h per week, vacation is finally here. Brussel is the first stop on the way to Africa. #letthevacationbegin #africahereicome #winterescape #belgium #brussels🇧🇪
Happiness looks like a fluffy puppy 🐕❤️🐶 . . . . . . . . . . . . . . . . . . . #happiness #puppytherapy #bestmoments #stressrelief #lifewithdogs #myhappyplace #doglovers
Pizza is always a good idea 🍕 . . . . . . . #newweek #pizzatime #comfortfood #foodie
When you are having animals you always need to search for alternatives when it comes to their safety. In the case of my 2 adorable cats, having flowers into the house is not an option, since they do find them appealing, eat them and lets just say the outcome is not pretty. Luckily there are soap replacements that I have to admit look pretty damn good. I am in love with my basket of flowers and already plan to get one for the office. 🐱+🌸=❤️ . . . . . . . . . . . . . #lifewithpets #soapcarving #soapflowers #soapflowerbouquet #alternative #findaway #happypets #lifewithcats #nofilterneeded
The trip to Las Vegas, was my final stop for 2019. A year filled with so many joys and great adventure, finished with one of the best places to see. If you are curious of what made me say this, also why The Strip was not my favorite part, follow the link in the bio and read the article from bittersweet2017 😉 . . . . . . . . . . . . . . . . . . . . . . #newpost😍 #bloggingabouttravel #travelerinlasvegas #getlostintheworld #newpostontheblog #reasonstovisit #2019
Impossible not to love them 😍 . . . . . . . . . . #whitechristmas #snowday #germanshepherd #mydog #winterwonderland #happyholidays
Almost Christmas, hopping it will become a white one! Santa, all I want for Christmas is snow! ❄️ 🎄🎁⛄️ . . . . . . . . . . . #christmas #christmastree #christmastime #wishingforsnow #santaclausiscomingtotown #santapleasebringsnow
%d bloggers like this: